“It Depends.” This phrase is a running joke at the Institute for all of the statistical questions one may ever have: Is your R-squared value good enough? Should you take an order one difference? Ensemble?

It also happens to be the mantra of the undefeated Institute for Advanced Analytics Football Club (IAA FC).  Although students are regularly consumed with the daily task of balancing problem sets, working on their practicum projects, and studying for their next exams, it has not stopped them from organizing a team for the occasional break from school.

Some people join teams for the opportunity to exercise and unwind, others for comradery, and a select few join with the intention of chasing glory on the battlefield. Put these all together and you get the idea of the IAA’s outdoor soccer team. The team was initially formed out of weekly sessions of pick-up soccer after long days of classes and meetings. After some organization, a group of 14 analytics students joined the University’s Intramural Grad/Faculty/Staff league. The initial goal was to serve as a time to have fun and catch up with one another – but after stringing together a few wins, the team shifted its focus to bringing home the title to the Institute (along with some sweet intramural championship t-shirts, or so we hope).

As the IAA FC takes the field this Monday to start their playoff run, they hold a 4-0 record with a goal differential of 14. Despite the team slogan of “It Depends,” there is no uncertainty around the entertainment and friendship the students have gained from this experience outside the classroom together. 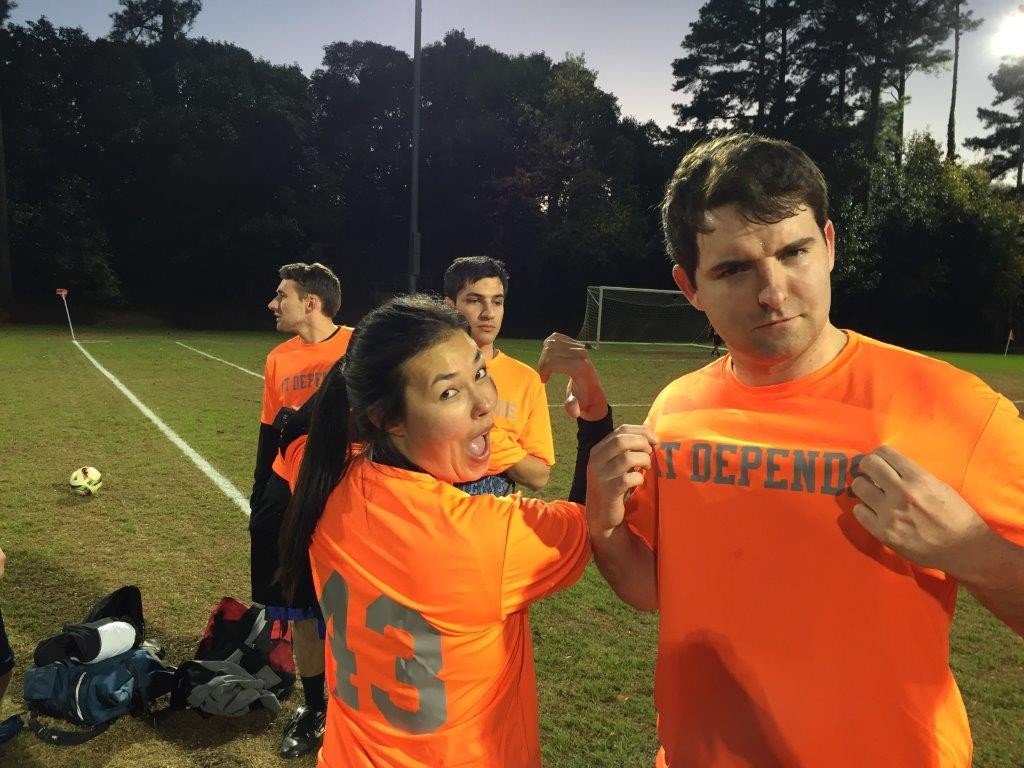 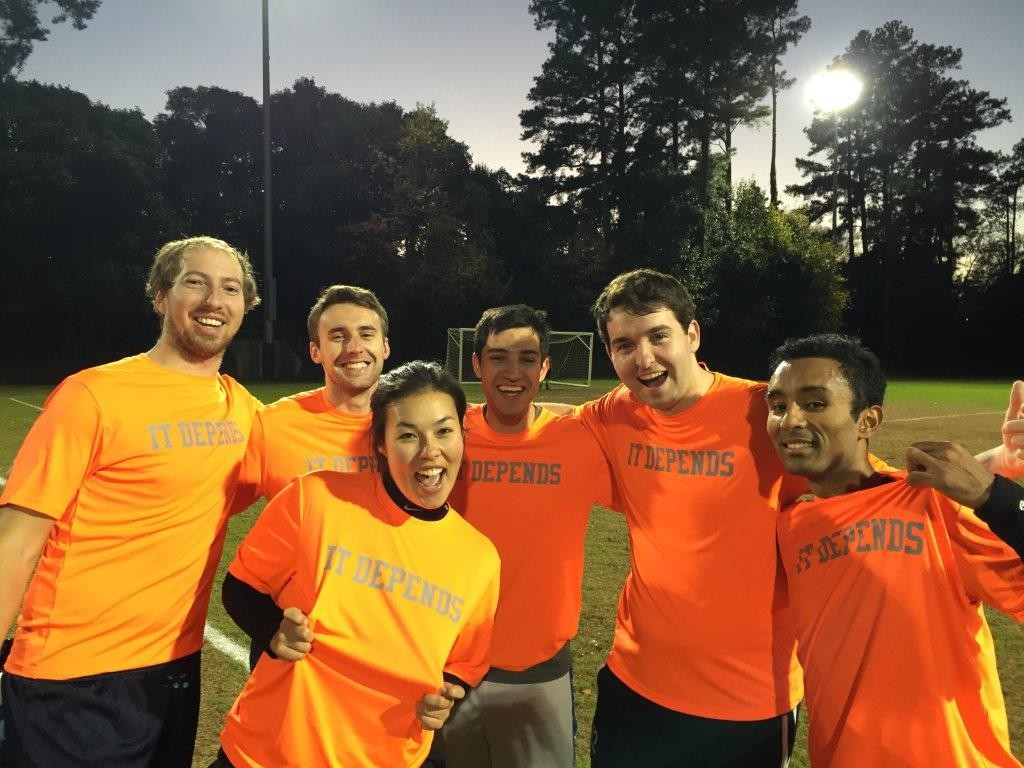