As I waited for my SAS code for practicum to run, I came across a Super Bowl commercial by the NFL, shown below. The commercial starts with the claim that “9 months after a Super Bowl victory, winning cities see a rise in births.” While it is humorous and easy to imagine why this may occur, I wanted to see if there is any truth to the claim.

Unfortunately, the NFL did not provide the data it used to make the claim,
so I had to find data on my own.

The National Vital Statistics System, under the Center for Disease Control and Prevention, has county and monthly level birth data from 1990-2014 for public use. Since the data is at a county level, I found the county that best matched the location of the team, shown below. I only looked at November births, which is 9 months after the Super Bowl, and studied 21 Super Bowl winners from 1994-2014. 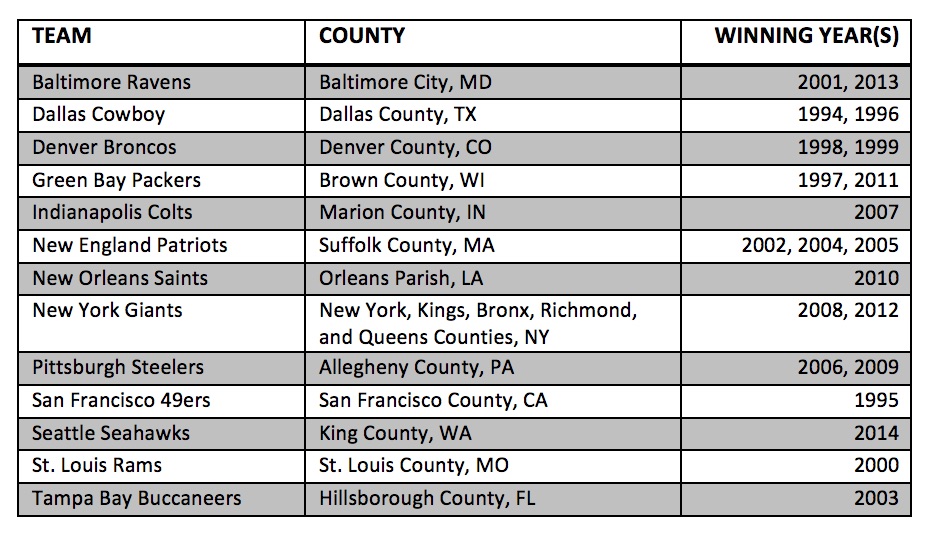 Finally, it is important to note that there are several factors that could affect births in an area. However, since the NFL did not provide the source of their data, they could have found evidence to support their claim. However, even if they did find correlations, it is important to remember a fundamental rule of statistics: Correlation Does Not Imply Causation.