All proceeds from the race benefit the North Carolina Children’s Hospital, helping children all across the state regardless of their family’s ability to pay. This year’s race raised more than $195,000, bringing the cumulative donation total to over $1 million since the race’s inception in 2004. The race has pledged an additional $1 million to the hospital in future years, further solidifying their partnership. The funds raised from the race come in the form of a Children’s Promise Grant that allows staff at the hospital to apply for funding to further improve the quality of care of patients.

The race enjoys national and international media attention due to its wacky nature: Sports Illustrated has listed the Krispy Kreme Challenge as part of “102 More Things You Gotta Do Before You Graduate,” and ESPN sent a runner to cover the race in 2009.

Here are some pictures on the morning of the race:

For those of you who have never attempted to eat a dozen donuts at once, we can now assure you it is not as easy as it sounds!

For the 30 of us combined it adds up to 68,400 calories, or the equivalent of enough energy to illuminate 795 100-watt light bulbs for an hour! How’s that for bright students?

No matter how successful everyone’s actual challenge attempt was, the morning was definitely full of fun, laughter, and seeing our classmates in an unforgettable new light. 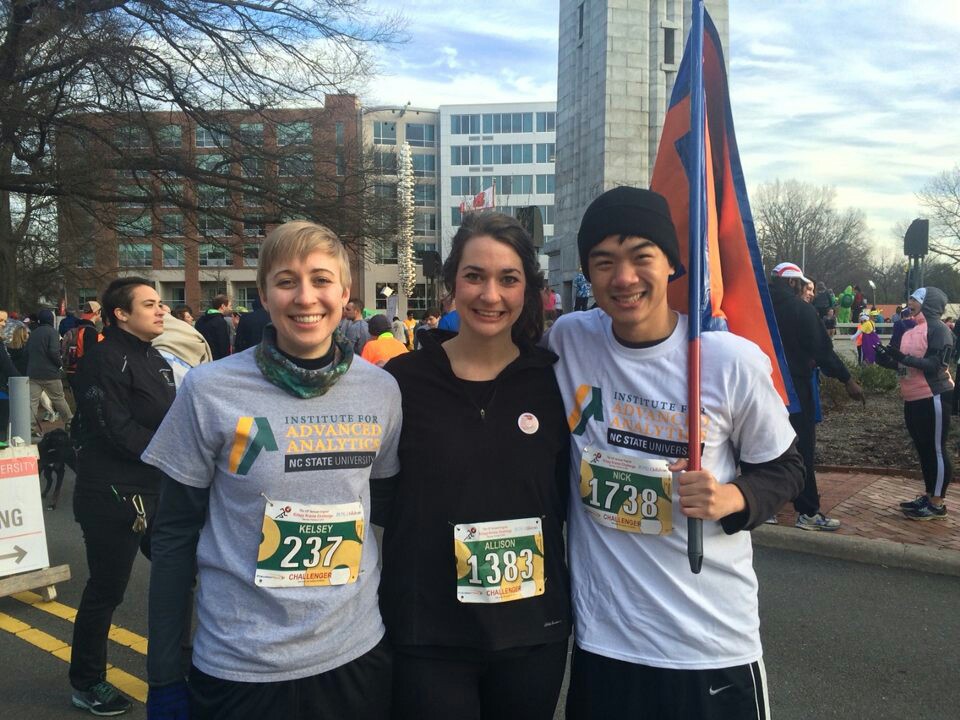