What state had the best Olympic showing?

At the Summer Olympics in Rio De Janeiro, the United States had one of its best showings in history – bringing back a total of 121 medals. 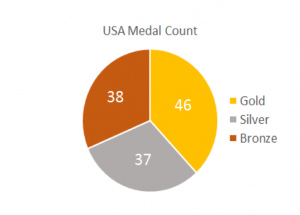 The Olympians come from states all over the U.S. While they are competing against other countries, they are also competing for the pride of being the best state.

I love to read the news about Team USA’s Olympic achievements, and I read that the state of Maryland dominated with its medal count from the Olympics. I found  this claim to be odd because the athletes mentioned weren’t associated to Maryland in a consistent way. For instance, Michael Phelps (5 gold, 1 silver) was born in Maryland, but trained for the Rio Olympics in Arizona. While other people like Allison Schmitt (1 gold), didn’t move to Maryland until after she graduated college (according to the Baltimore Sun).

This got me thinking: Did Maryland really do the best in medal count? Which state did perform the best in the Olympics? My goal, was to find out!

I made some assumptions in order to decide the best performing states in the Olympics. In order to be consistent for everyone, I used each athlete’s birth place. NOTE: Birthplaces were gathered from the athlete profiles on NBC Olympics. If the birthplace was not in the profile or on the internet, their hometown was assumed to be the place they were born. I  collected information about every US athlete who received a medal from the Rio Olympics and recorded what kind of medal they received. Out of 214 athletes who received a medal while representing the U.S., I eliminated the 12 athletes who were born outside the US. Only the 39 out 51 states (50 states and Washington, D.C.) who had someone medal were included in the analysis.

The variables that I used compare how well each state performed:

The states with the biggest populations also had the highest counts in all the variables. To judge how well states performed on an even comparison scale, I adjusted each variable by the population of the state (per every 100,000 people).

Hawaii had over double the amount of athletes who medaled per capita than every other location, except Washington, D.C. 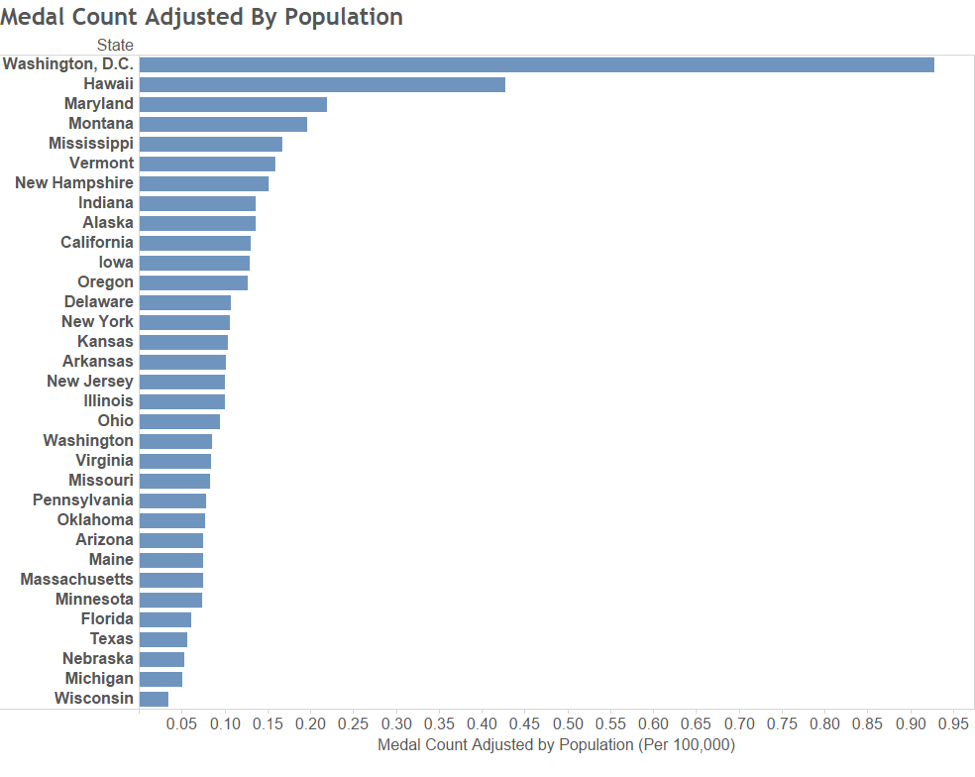 When you look at the medal count per capita by state, Washington, D.C. dominates over all the other states. 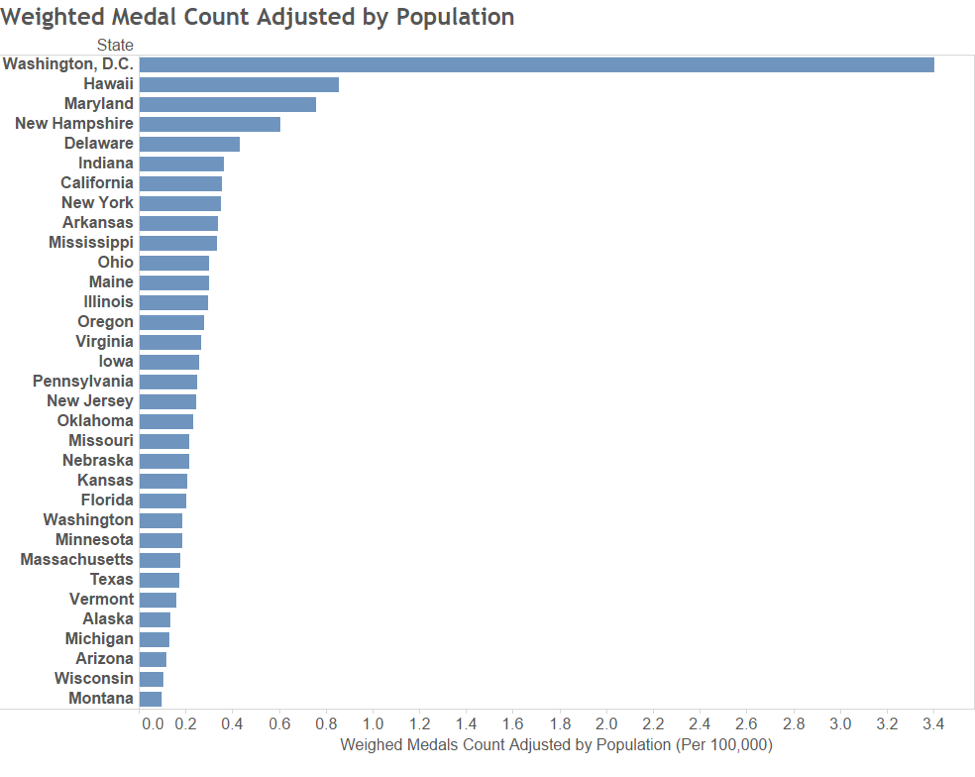 The federal district of Washington, D.C performed the best in the Rio Olympics! (Sorry, Maryland).