An Englishman in Raleigh

It’s a well-worn path. The Brit who moves abroad and is fascinated and confused by everything in their new foreign land. As the song says, ‘You can hear it in my accent when I talk.’ The words you say and how you say them can often be a source of confusion, especially for an international student.

But all is not lost.

Hopefully, in the space of one blog post, I can try and clear up some of the confusion or problems you may find and persuade you that being an international student in Raleigh is actually pretty great. 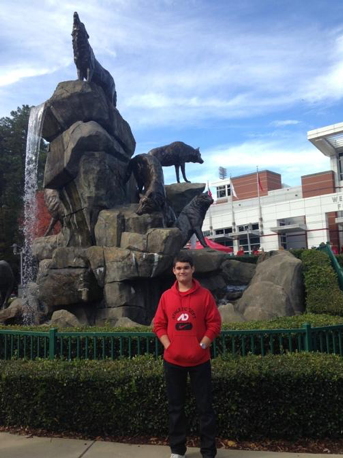 So, what are the confusions? Well, I came up with a top 5 list.

The USA has a culture all of its own, so this list could have been 100 points long, but to avoid boring you and having a lot of angry classmates on my tail, I’ve kept it to 5.
I think that keeps everyone happy. So, without further ado, let’s begin:

We really are two countries separated by a common language. Football is soccer, coriander is cilantro, chips are fries, and the phrase ‘enjoying a bag of crisps while watching the footy’ means nothing to anyone! Football, in fact, means something else entirely. I often find the words people use here pretty baffling, especially if they mean something else where I’m from. This has led to me not getting what I expected in restaurants and watching an American football game that lasted for a very long time (seriously, the games can last for like 4 hours).

But, for every time I’ve had to pick an unexpected ingredient out of my dinner, there’s been a time when I’ve discovered something new and exciting that I really enjoy. So, my advice would be to embrace the differences! You might just discover something that becomes your new favorite thing. If you’re really unsure of something, you can always ask. The people of Raleigh are very friendly and will be more than willing to help.

As an international, traveling around the USA can often be pretty difficult. If you don’t have a car it can be almost impossible for you to get to a lot of places (unless you want to get very familiar with the local Uber drivers). Also, the distances here are very different. I was once told that the cinema we were going to was just around the corner. Great, I said naively, let’s go. After 30 minutes of driving, I realized I may have a different definition of ‘just around the corner.’ But there are ways around this. You can either take the plunge like I did and spend a significant amount of time at the DMV to get a license (don’t even get me started on that experience) or make friends and persuade them to give you rides. Whichever option you choose, you can make it work. Then you can get out and explore Raleigh and North Carolina!

If you’re like me and come from a part of the world where the worst thing you could come across is an aggressive dog, then it may seem like a lot of the North Carolina wildlife is out to cause you some sort of serious bodily harm (such as the turtle below which I’m told could have given me a nasty bite). This may make you want to stay inside and curl up in the fetal position somewhere, but don’t be afraid. I would advise you to be careful when out and about in nature. Until you know what to look for you may want to limit your excursions to when you can persuade a local friend to go with you. But, if you have an urgent need for some fresh air, then steer clear of anything you’re unsure of. You’d rather take the longer route than end up in the emergency room with a snake bite. 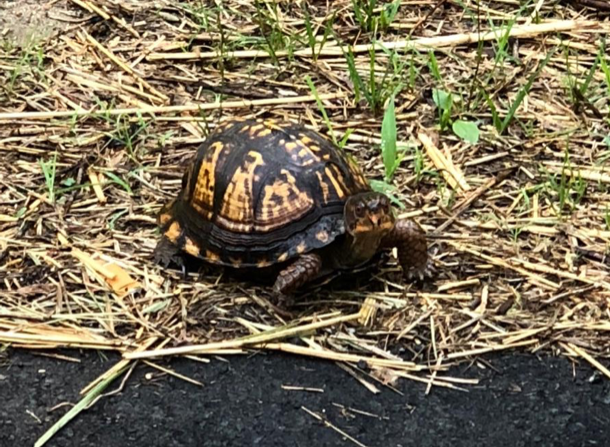 I know some of you might be huge fans of one or more American sports (football, baseball, ice hockey, etc.) But for those of you, like me, who barely knew your first downs from your third strikes, it can be somewhat bewildering (I mean the world series only includes America). However, I promise, even though it may seem it, the world of American sports is not impenetrable. I’ve learned a lot from friends here and can now watch The Super Bowl and pretty much understand what’s going on. If you don’t want to learn these sports, then that’s fine and feel free to ignore this paragraph. But if you do then get involved. Go watch the games with your friends. They’ll be more than happy to teach you and answer your questions!

I guess I should mention the studying a little bit, it is kind of important. The format for classes and studying at the Institute can seem very different depending on where you’re from. You’re very much expected, especially here at the Institute, to ask questions during class and have a much closer relationship with the instructors than in other countries. For me, that was daunting to begin with. My professors in the U.K. expected us to only ask questions when given the opportunity, and even then, they seemed annoyed whenever we did! Even though you may worry that the professors may be offended by you raising your hand, interrupting, and asking a question – I promise you they won’t be. If you have a question, ask it. If asking out loud in class is too much, then grab the professor after class and talk to them. They’re all very nice, I promise.

Now, I know what you’re thinking, when does this blog post wrap up? I an getting to it.
Hopefully what I’ve got across to you is that even though there can be some confusion in being an international student in the USA, and specifically in Raleigh, none of these challenges are insurmountable. With a bit of application and common sense, you can easily adapt and have a huge amount of fun here! So, what are you waiting for? There’s a whole world to explore and there’s no better place than Raleigh to continue your journey.

In conclusion, I’ll leave you with some of the words that Sting used to end his famous song, ‘Be yourself no matter what they say, I’m an Englishman in New York’. Or in this case, Raleigh.