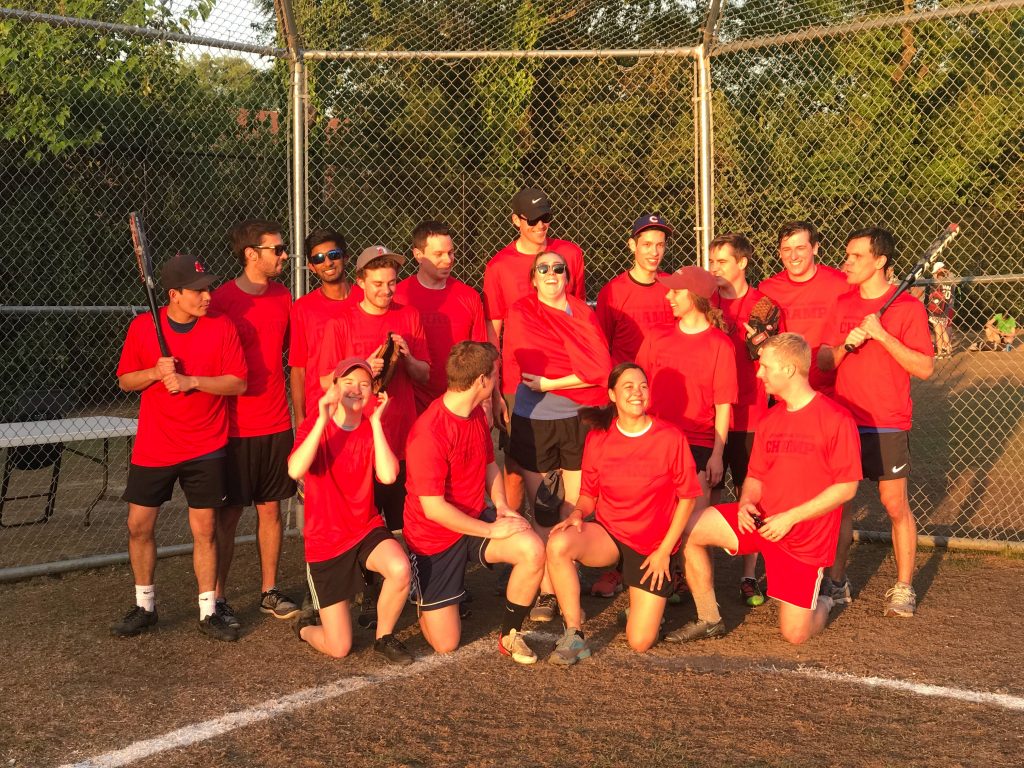 The MSA intramural sports teams were able to claim another championship with the softball team, Proc Home; Run;, completing a perfect season and winning the league pennant. The road to victory was not smooth sailing for the team, as they had to face the only other undefeated team in the semifinals of the playoffs.

The nail-biting semifinal game had a rocky start for Proc Home; Run;,who allowed three baserunners and one run in the first inning. However, the team settled and did not allow any more runs for the remainder of the game thanks to lights-out pitching by Evan ‘Coach’ Wimpey and solid fielding by the rest of the team. Unfortunately, the opponents kept the team scoreless through six innings. The drama would come in the bottom of the seventh and final inning.

With a 1 –  0 scoreline, Proc Home; Run; was only three outs away from losing their first game and ending their season. Jacob ‘You Pronounce his Last Name Michael’ Michel led the inning off by getting to second base off an overthrown ball to first base (E5). Emily ‘I Don’t Know What I’m Doing’ Bisenius would then make it to first base off an infield error (E1). With runners on first and second, Chelsey ‘Party Planning Committee Chair’ Paulsen would advance the runners off a sacrifice hit. Graham ‘Mr. Athletic’ Hanes would drive in the tying run with a solid base hit.

With a tied ball game in a winner-takes-all contest, Wimpey stepped up to the plate with one out and players on the corners. On a 1 – 2 count and the outfield playing shallow, Wimpey popped the ball a mile high in the middle of left field. Bisenius stood on third base waiting for the cue from the third base coach, Zack ‘Idk Where to Start with this Last Name’ Wasielewski, to run home. The catch was made, and Bisenius booked it home! The throw home was high, but it was too late. Proc Home; Run; walked off to win the ball game and make it to the championship.

Proc Home; Run; would then cruise through the championship game with a 5 – 2 victory. When asked about what the keys to a successful season were head coach Evan Wimpey said, “The keys were having fun, playing loose, timely hitting, and great fielding.” 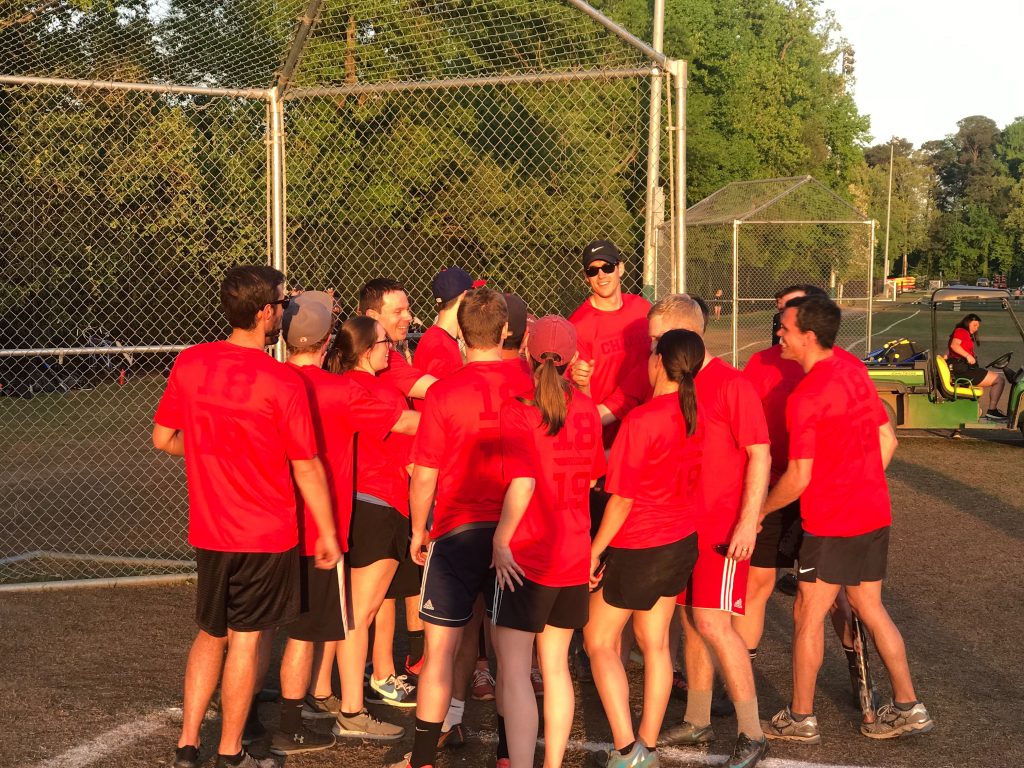